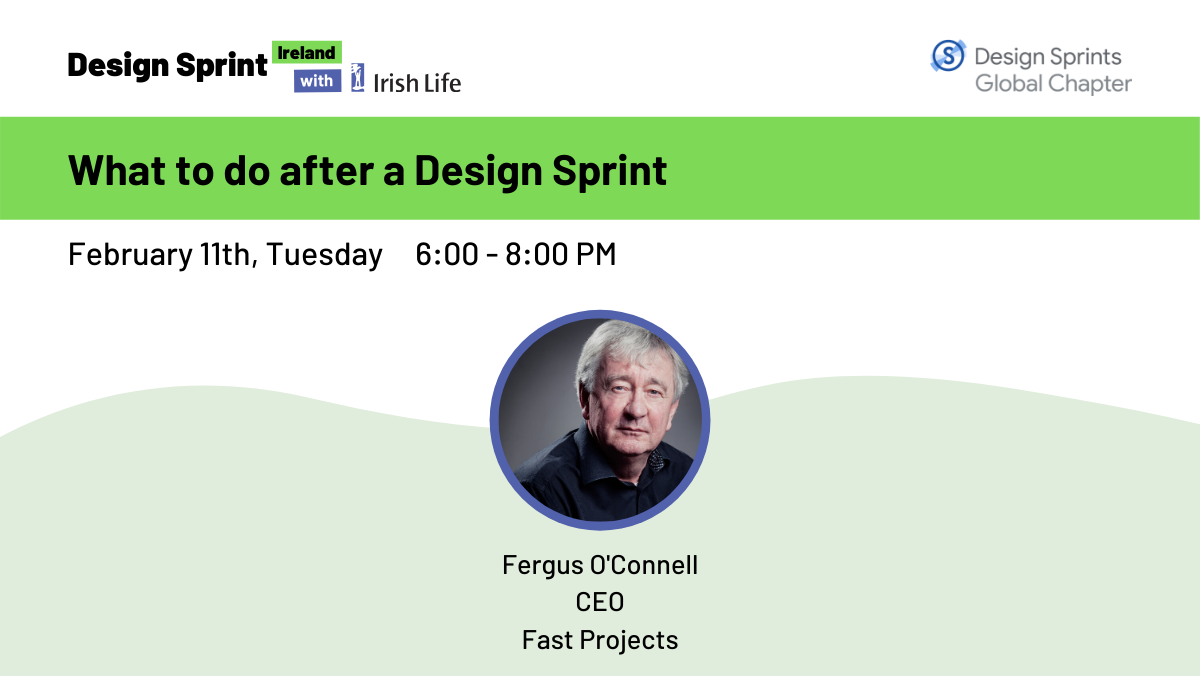 What to do after a Design Sprint

We are all faced with projects going off the rails, veering far from what we initially set out to do, costing ten times as much and taking far too long to complete – this is just part of everyday working life. There is a quicker and easier solution – cutting the time to get projects done in the first place. This is Fast Projects.

He is also the author of 15 business and self-help books, including “The Project Management Book: How to run successful projects in half the time” released in 2018. He has been shortlisted for the Kerry Ingredients Irish Fiction Prize and runner-up in the WH Smith Book Awards. His books have been translated into twenty-five languages to date.

We are delighted to have Fergus share his experiences with us. The critical stage after User Testing is to compile all the feedback, digest it and use it to propel you forward. Often times we lose momentum after the Sprint – Fergus will speak with us on how to manage the after Sprint process effectively.